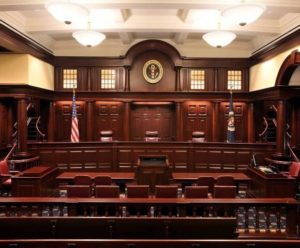 By appearing before the federal circuit court of appeals Washington DC (CAFC), Watson & Associates’ federal procurement appellate lawyers help government contractors to diligently pursue what appeared to be an erroneous decision from the trial court, usually the Armed Services Board of Contract Appeals, Civilian Board of Contract Appeals or the U.S. Court of Federal Claims.

Deciding whether to appeal a lower judge’s decision at the District of Columbia court can be a daunting and time-consuming task.

As government contract appellate lawyers, Watson & Associates’ procurement attorneys understand the impact of losing out on revenues either during bid protests stages, contract claims denials or termination from doing business with the United States government.

Given the massive undertaking, and by knowing the standard of review of a Court of Federal Claims appeals, our goal is to develop our circuit court appellate attorney team and focus on getting results for our clients’ legal issues.

The federal circuit court of appeals Washington DC attorneys at our office understand that the COFC  in Washington DC may sometimes commit clear error in its bid protests decisions or Contract Disputes Act opinions. In other situations, you may have just received an adverse decision from the Armed Services Board (ASBCA), Civilian Board of Contract Appeals (CBCA) or SBA Office of Hearings and Appeals. If the case is about US government contracting, we can help you in the litigation process.

Geographically positioned to help contractors in all states and overseas

With law offices in Washington, District of Columbia and Denver Colorado, our US federal circuit court of appeal lawyers litigate a wide range of issues in government contract law.

The law firm understands that prosecuting a case a the trial level can be considerably different than at the CAFC or any other appellate court. Many government contractors sometimes take a chance by using a local contracts attorney to litigate government contracting matters. This can sometimes lead to disastrous results.  See also SDVOSB certification and bid protests.

To overturn the COFC decision, a government contractor will have to appeal the decision to the US Court of Appeals for the Federal Circuit. This process requires the appellate attorney to completely review any proceedings at the lower court level.

We perform a detailed review of trial history

As for any appellate case to CAFC, we will perform a detailed review of what has occurred up to the point of the lower court’s decision. As one of the top appellate law firms for government contracts, Watson & Associates, our Washington DC and Colorado-based Federal appellate attorneys understand the seriousness of appellate advocacy.

For example, we look to see if the bid protest of awarded government contracts was litigated at the Government Accountability Office (GAO) and look into any subsequent government contract protests filed at the Court of Federal Claims. When the COFC makes an adverse decision in favor of the government’s motion for judgment on the administrative record (AMJAR), our United States Court of Appeals for the Federal Circuit lawyers step in to assess the merits of an appeal.

Government contractors may litigate a case at the trial court level (Court of Federal Claims or Board of Contract Appeal) only to find that the court issued an unfavorable decision. Our federal circuit appellate lawyers will assess the merits of the decision and provide legal advice on whether filing a case to the federal courts would have any merit.

Watson’s federal circuit court of appeals litigation team frequently litigates construction claims and service contractor claims at the various boards of contract appeals and can help clients to appeal their cases. We handle Contract Disputes Act Claims from the contracting agency’s final decision all the way up to appeal to the Federal Circuit.

Without this, you run the risk of not being able to make the right arguments to the judges. Whether the issue arises under the SBA’s small business program rules, an appeal under the Contract Disputes Act, or a contracting officer’s final decision or contract claims denial, your brief to the court must cover the detail needed to persuade the appellate judges that you understand the legal issues.

You must be able to articulate why the lower court’s decision was erroneous and warrants reversible. Filing an appeal to the U.S. Court of Appeals for the Federal Circuit is not a second trial of the issues presented at the trial court.

What are the federal circuit judges looking for at oral argument?  When a government contractor’s case reaches the oral argument stage, the key to success is to concentrate on what the judge(s) need help understanding.  There is a presumption that the court has already read the briefs from your litigation and appeal lawyer. However, government contracting cases are usually about what the agency or contracting officer did unlawfully.

There may be serious policy issues to present to the judges; there may be an issue of the contracting officer or trial court misapplying the legal standard; there may be evidentiary issues where the lower court failed to consider the evidence ( and the evidence would have yielded a different outcome.)

More importantly, appealing a case to the United States Court of Appeals for the Federal Circuit on a federal government contracting issue is about listening to the judges at the oral argument stage and helping them understand the issue they are questioning.

Instead, the appellate level requires a showing of legal error committed by the trial court. In many government contracts appeal cases, there would be an appeal from the U.S. Court of Federal Claims (COFC).

If your company is contemplating filing an appeal stemming from award of a government contract to the US Court of Appeals for the Federal Circuit (CAFC), Board of Contract Appeals, or need help with Court of Federal Claims appeals cases, there is limited time to act. Contact the government contract federal circuit appellate attorneys and trial lawyers at Watson & Associates, LLC. Free initial consultation. 1-866-601-5518.