Federal Government Contract Claims and Contractor Dispute Lawyers Offering Nationwide and International Help For Contractors Needing Help to Increase Their Chances of Getting Paid in Federal  Contract Disputes Act Claims. We Help Contractors to Avoid the Most Costly Mistakes with Federal Procurement Claims. 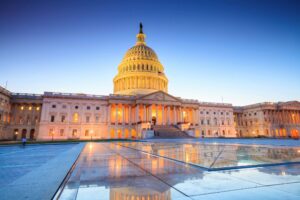 Almost every government contractor runs into an issue where extra work is needed or there is a change to the terms and conditions of the contract. Whether there is a change order or the contracting offer directs you to do something that is not in the contract, or you believe that the contract price needs to be equitably adjusted, FAR 52.223-1 Disputes Clause comes into play. Understanding the requirements of the Contract Disputes Act of 1978 also is critical to your success in getting the proper consideration for changes to the contract.

At Watson & Associates, LLC, we frequently help small businesses and larger DOD contractors to prepare, litigate and appeal government contract claims against various federal agencies. We understand that in many cases, the contracting officer may deny your claim for technical reasons and not so much on the merits.

When it comes to contractor claims against the federal government, our goal is to help you to carefully assess the details, and the contract terms and conditions.

Regardless of your industry, you more than likely will have to analyze or decide how you want to proceed. When handling contractor breach of contract claims against the government, Our CO and Washington DC government contractor dispute lawyers stand ready to guide you through the laws and regulations that govern.

As stated earlier, the FAR Disputes Act is generally the underlying law that will protect you on the back end of your claim. Many contract claims against the federal government are disputed either for preparation and technical disputes.

For appeals and litigation at the Board of Contract Appeals or Court of Federal Claims, the contentions are usually whether there was a contracting officer’s final decision; whether the court has appellate jurisdiction to hear the case; the merits of the claim and whether the contractor is entitled to payment and damages. Our government contractor dispute lawyers help with these matters.

To meet the basic FAR 52.233-1 and Government Contract Disputes Act requirements for filing a federal contract claim to the contracting officer your claim must contain the following:

Tip: Federal contract claims that fall under the Contract Disputes Act must be filed within the six-year statute of limitations.

Tip: All Federal contract claims must be submitted to the contracting officer and no one else.

FAR 52.223-1 spells out that “Claim,” means a written demand or written assertion by one of the contracting parties seeking (usually the contractor), as a matter of right, the payment of money in a sum certain, the adjustment or interpretation of contract terms, or other relief arising under or relating to this contract.

FAR 52.223 1 states that the submission may be converted to a claim under 41 U.S.C chapter 71, by complying with the submission and certification requirements if it is disputed either as to liability or amount or is not acted upon in a reasonable time.

We understand that having a well-written and justifiable claim starts with a candid discussion with the contracting officer since they do not like surprises.  Our goal is to help clients to prepare a persuasive construction claim against the government.

What are the Costly Legal Mistakes Seen With Claims Under the Contract Disputes Act of 1978?

One of the issues that come up more often is when there is a FAR release of claims form signed by the contract. Courts look at a release as a serious contractual obligation.  When a company executes a contractor release of claims that is complete on its face and reflects the contractor’s unconditional acceptance and agreement with its terms, the release will be binding on the government and the contractor. Courts tend to hold contractors’ feet to the fire on these issues.

Protect your company from dangerous court decisions: Sometimes, you may have resolved previous claims on the instant project that you have now submitted a new government claim. There are cases where the government has refused to pay due to an alleged accord and satisfaction because of the previous release of contract claims. This can be a serious hurdle to overcome. However, there are certain circumstances where courts have overturned the contractor release of claims.

If you are looking to conquer claims and contracting loopholes to avoid paying your company, Hire Watson’s federal government contract claims lawyers for help with the Contract Disputes Act of 1978.  Contact our Washington, DC government contractor dispute lawyers.

We Practice Exclusively in the Areas of Federal Law in Washington DC.