Nationwide federal suspension and debarment lawyers: Watson & Associates help clients facing debarment and suspension of government contractors or government employees. This can become a nightmare when the agency issues a recommendation. How do you respond? How do you protect your business’s future or your employment with the government? This is where our expertise benefits you.

When the government believes that there are criminal actions or performance issues that rise to the level of not being “responsible,” the agency will act. You are left to defend and plead not to go through the recommendation.  Having a federal suspension and debarment attorney that understands the statutory guidelines and how to respond to a debarment or suspension letter is critical.

Watson & Associates Washington DC suspension and debarment lawyers frequently help contractors and individuals to successfully convince the debarment official (SDO) to reconsider the agency. recommendation and rule in our client’s favor. We represent clients throughout the United States and overseas.

The federal government has taken a more aggressive approach in debarring or suspending government contractors. It is important to understand the agency can initiate action whether or not they have been convicted of any wrongdoing.

With over 30 years of combined experience, we are government procurement and federal debarment attorneys with experience preparing and helping companies debarred from government contracts. Watson & Associates’ suspension and debarment lawyers have successfully helped many government contractors through the suspension and debarment process, we have successfully responded to cure notices and notices.  We look at the government’s factual allegations and any credible evidence to refute those allegations. We help clients aggressively handle opportunities at the discovery stage and at hearings. See information about Qui Tam Relators.

When government contractors or individuals receive a notice of suspension or debarment actions, allegations of wire fraud leading to debarment or some other covered transaction, there is immediate frustration, anger, and a need to retaliate. However, to successfully handle your response to a debarring official, you want to specifically address the disputes and issues that he or she looks for. Responding to suspension or debarment notices needs careful planning.

Our government contract law and federal debarment lawyers work diligently to minimize your chances of getting debarred by:

Our federal contract attorneys understand the critical issues that can arise during the suspension and debarment process.  Not every case will be easy to overcome. However, we do understand what the Suspension Debarment Official (SDO) looks for to make a final decision. Our attorneys help to protect your business or career interests while still addressing the government’s concerns during your response. Our federal procurement lawyers have represented clients at hearings and have successfully demonstrated present responsibility on our client’s behalf.

What is Debarment and Suspension of Government Contractors?

When it comes to the debarment and suspension of government contractors, the process is in place to protect the government and taxpayer funds from fraud and abuse. Not every federal agency recommendation is valid. Therefore, the agency is put in a position to justify its actions. However, the contractor or individual must respond to the recommendation. Evidence must be presented, the Agency record (AR) must be reviewed to either validate or invalidate the stated reasoning for the debarment or suspension action.

Although the government has a right to protect its interests, so too does the prospective debarred or suspended contractor or individual to protect their rights.

Tip: There is an unwritten rule that the Agency is presumed to be right. Therefore, you should seek out a suspension and debarment attorney that understands the process and that has experience dealing with these types of cases.

Who can be Debarred or Suspended?

The Federal Acquisition Regulations FAR allows for government contractors to be suspended or debarred. According to the General Services Administration (GSA), Companies debarred from government contracts or individuals that can be debarred include those that:

Many federal contractors are not fully aware of the issues that statutes and require the SDO officials to look at. Companies must understand that when it comes to federal debarment and suspension of government contractors, agencies look for certain responses to make sure that they are a responsible contractor.

Responding to a proposed debarment from government contracts requires thought and a deep understanding of how to address the debarring official while still focusing on a win-win result for our clients. There must be a balance between responding to all allegations and showing the deciding official that you or your company is presently responsible by a preponderance of the evidence standard and that you should continue to work for or do business with the government.

Tip: Sometimes government contractors face other situations alongside a federal debarment or suspension action. Our DC law firm will compile the right team of professionals to handle the various issues simultaneously. 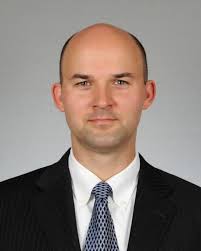 At Watson & Associates, LLC our Washington DC-based lawyers frequently help businesses and individuals to minimize the impact of being placed on the debarment list or suspended from doing business with the federal government including loan programs. 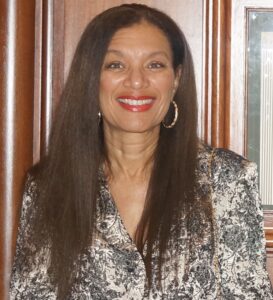 Watson’s federal suspension and debarment lawyers also provide guidance and consulting when there is a government investigation that can lead to debarment and suspension actions. With over 30 years of overall experience in federal government procurement, our CO and Washington DC firm understands the contractor responsibility issues that can arise and are in a better position to help our clients. Having worked for federal contracting agencies, we are in a better position to help companies suspended or proposed for debarment.

What Does Debarment Mean Under FAR 9.4?

Debarred definition:  What does debarment mean when it comes to federal contracts. Under federal procurement regulations, when it comes to being suspended or debarred, it means that the government can prohibit your company from doing business for a specified period of time, usually up to three years. FAR 9.4 is the common reference to debar government contractors.

Reasons for Debarment from Government Contracts

There are a number of reasons for suspension or debarment from government contracts. Reasons include violations of the Buy American Act in constructing, altering, improper conduct or repairing any public building or work in the United States using appropriated funds; false claims and fraud embezzlement theft forgery bribery. You want to have the right attorney involved because he or she must be able to address the legal issues and must also show that you or your company is responsible under the governing statutes.

Are You Dealing with Debarment Due to a Government Contract Fraud Case?

As government contracts fraud lawyers for companies across the United States, we find that companies and CEOs jeopardize both cases because they have different attorneys representing each case. This can be problematic because inconsistent states during the suspension and debarment process can hurt the criminal fraud case. Our contractor fraud defense attorneys can help.

The agency may erroneously debar you from further employment with the federal government. Sometimes, these decisions can be reversed if there are facts and adequate evidence that the SDO official can consider. If you are debarred from government employment, contact an employee debarment attorney at Watson & Associates, LLC to further discuss how we can help.

How to Respond to a Procurement Suspension or Debarment Proposed Notice ?

Since the company’s future success, or your career, is at risk, you must respond to each and every allegation or factual errors in the notice of proposed debarment or suspension.  The contractor or its debarment attorney can respond to the proposed notice of debarment.
The response must be in writing and and should include factual or evidentiary items to take an opposition  to the proposed actions.  Address facts that may inform the Suspension and Debarment Official (SDO) about the facts leading up to the debarment that should be looked at in your favor. Your Credibility is an essential part of getting a favorable result. Therefore, you should also address issues that may not be in your favor but also explain what you or the company has done to address these matters.
Having a government contract suspension and debarment lawyer to help you with the response is often worth the time and resources.
If you do not respond to the proposed suspension or debarment notices, the SDO will deem an admission to the allegations.

Find out How Does a Decision to Debar Government Contractors Impact Your company?

Difference Between Suspension and Debarment FAR 9.4

Defending and Responding to Contractor cases

If your company is suspended or proposed for debarment, call our  Washington DC government contracts attorneys and suspension and debarment attorneys at 1-866-601-5518 for immediate help.